When the Diagnosis Is Not Glaucoma

Elevated IOP is a strong risk factor for glaucoma, but not every patient with elevated IOP has or will develop the disease. It is estimated that between 4% and 7% of US individuals over age 40 years have ocular hypertension (OHT), defined as elevated IOP with a normal optic disc and VF.1

OHT is a relatively straightforward glaucoma masquerader, based on evidence-based guidelines generated from the Ocular Hypertension Treatment Study (OHTS). It has been nearly 20 years since the initial results of this large randomized clinical trial showed that treating OHT could reduce the 5-year risk of developing glaucoma in patients with elevated IOP and normal discs and fields, but the vast majority of patients enrolled in the study did not reach a glaucoma endpoint.1,2

The OHTS identified five risk factors for progression to glaucoma in patients with OHT: older age, higher IOP, thinner central corneal thickness, larger vertical cup-to-disc ratio, and higher pattern standard deviation on VF. By considering these risk factors, clinicians can categorize patients with OHT as low or high risk. Phase 2 of the OHTS showed that the patients who benefit the most from IOP lowering are those in the high-risk category.3 Patients at lower risk may be monitored with serial fundus examinations, VF testing, and OCT.

A hallmark of glaucoma is excavation or enlargement of the optic disc, referred to as cupping. The vast majority of pathologic cupping is caused by glaucoma. Disc cupping in the absence of elevated IOP may be caused by normal-tension glaucoma, which accounts for 20% to 30% of open-angle glaucoma. Conditions other than glaucoma that can cause cupping are as follows.

In the absence of VF defects and elevated IOP, clinicians must consider physiologic cupping. A majority of healthy adult eyes obey the ISNT rule of neuroretinal rim thickness configuration (Inferior thickness > Superior > Nasal > Temporal) or its variant, the IST rule. Violation of these rules should raise suspicion of an abnormal disc.4-8 It’s important to remember, however, that large optic nerves often violate the ISNT rule.

A large physiologic cup is frequently associated with an overall large disc, so it is important for clinicians to take disc size into account.9 Eyes with physiologic cupping should not demonstrate other glaucomatous disc changes such as focal thinning or notching, retinal nerve fiber layer (RNFL) defects, beta-zone peripapillary atrophy, or disc hemorrhage. Finally, physiologic cupping does not produce repeatable VF defects characteristic of glaucoma.

Pathologic nonglaucomatous cupping may be caused by a variety of optic nerve and retinal conditions that must be considered during the differential diagnosis, particularly when the IOP is normal.10

Anterior ischemic optic neuropathy (AION) and, less commonly, posterior ischemic optic neuropathy may cause progressive cupping that mimics that seen in glaucoma. Patients may also present with VF defects that respect the horizontal midline and that may be similar in appearance to glaucomatous VF defects. Nonarteritic AION is an infrequent cause of cupping and can typically be distinguished from glaucoma by a small optic disc with a small cup or no cup.11 Arteritic AION, on the other hand, may cause cupping in up to half of cases.12,13 Patients with both types of ischemic optic neuropathy usually present with acute loss of vision, helping to differentiate AION from glaucoma. 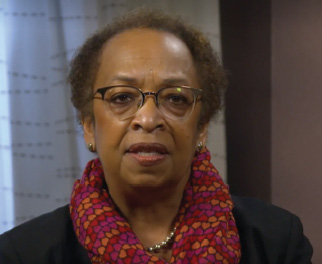 Eve J. Higginbotham, MD, compares findings from the three phases of the OHTS. Click here to watch the video.

In traumatic optic neuropathy, the clinician should be able to elicit a history of blunt ocular trauma and may see other evidence of trauma such as an iris sphincter tear, traumatic cataract, and/or angle recession.

Compression of the Anterior Visual Pathway

Rarely, compression of the anterior visual pathway can cause optic disc cupping that mimics glaucoma. Aneurysm of the small intracranial portion of the internal carotid artery has been reported to cause cupping as well as VF defects similar to those seen in glaucoma.17 Likewise, compressive tumors can cause progressive cupping and VF defects that can be difficult to differentiate from glaucoma. In the case of compressive lesions, there is usually optic disc pallor in addition to cupping, and clinicians may be able to uncover a history of recent or escalating headache or other neurologic symptoms in addition to progressive vision loss. Lesions of the posterior visual pathway (at or posterior to the optic chiasm) may rarely present with cupping, but the VF defects associated with these types of lesions typically respect the vertical rather than the horizontal midline.

Patients in the acute phase of branch retinal artery occlusion (BRAO) often present with clinical findings such as acute vision loss, retinal edema, and visible emboli. After the acute phase, reperfusion of the retina occurs, and there may be little evidence of the occlusion. Optic disc cupping may subsequently occur long after the acute event, and a residual VF defect may look similar to one caused by glaucoma.18

OCT imaging can be helpful in the differential diagnosis. In the acute phase of BRAO, there is retinal thickening without intraretinal spaces. In the chronic phase, there is a characteristic inner retinal thinning that is not seen with glaucoma.

It has been estimated that up to 20% of nonglaucomatous cupping has been misdiagnosed and treated as glaucoma.15,19 A number of clinical features may assist clinicians with the diagnosis.

The risk of developing glaucoma increases with age. Optic disc cupping in patients younger than 50 years should raise suspicion for a nonglaucomatous etiology.13

Visual acuity loss is more common in patients with nonglaucomatous cupping than in those with glaucoma. In ischemic optic neuropathy and BRAO, vision loss is typically acute. It may be more gradual in patients with hereditary or compressive optic neuropathies. Glaucoma typically spares the papillomacular bundle, and patients usually retain good visual acuity until the disease reaches an advanced stage. Similarly, acquired dyschromatopsia is expected in ischemic and hereditary optic neuropathies but not in glaucoma.

Appearance of the Neuroretinal Rim

The VF defects associated with glaucoma show a high degree of correlation with the appearance of the optic disc. In other words, inferior rim loss correlates with superior VF loss and vice versa. The VF defects associated with nonglaucomatous cupping do not correlate as well with the disc’s appearance and may be more central.10,13,20 Any VF defect that respects the vertical midline is highly suspicious for a nonglaucomatous etiology.

Optometrists’ use of OCT imaging has increased significantly during the past 2 decades. There is no doubt that this technology has improved clinicians’ ability to detect early glaucomatous RNFL loss, but it is important to bear in mind that not all RNFL defects seen on OCT are caused by glaucoma. RNFL thinning can occur as the end result of any optic neuropathy. In addition to the optic neuropathies mentioned earlier, optic neuritis, multiple sclerosis, and neurodegenerative disorders such as Alzheimer disease, dementia, and Parkinson disease may cause RNFL loss seen on OCT.11

Finally, clinicians should be aware of so-called red disease—false positives on the RNFL OCT printout that represent a deviation from the normative database but do not represent true disease.22

The diagnosis of glaucoma is often straightforward. When patients present with optic disc cupping but not elevated IOP, however, clinicians should be alert for masqueraders. Young age, pallor of the disc, loss of visual acuity and color vision, and a poor correlation between optic nerve and VF findings are suggestive of a condition other than glaucoma. 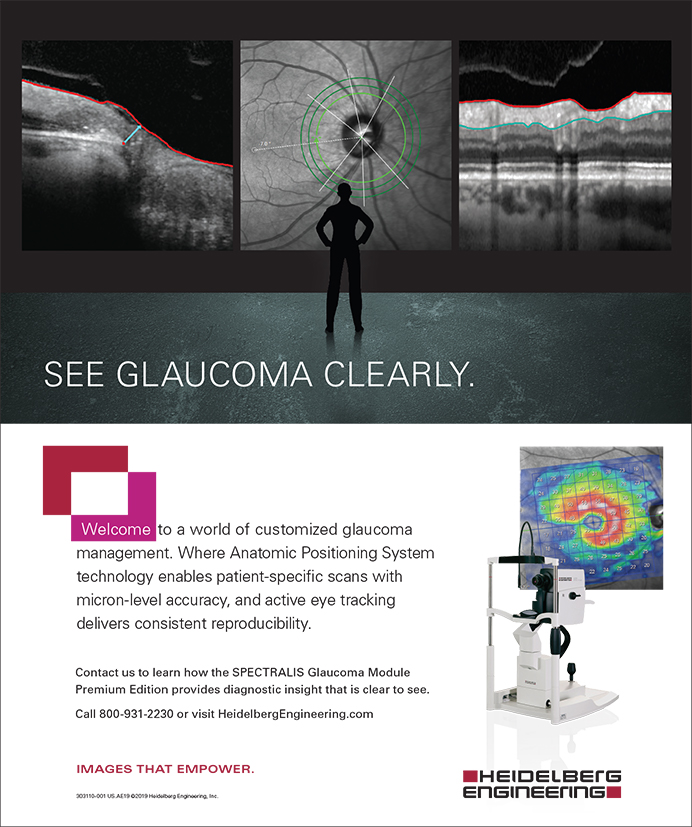 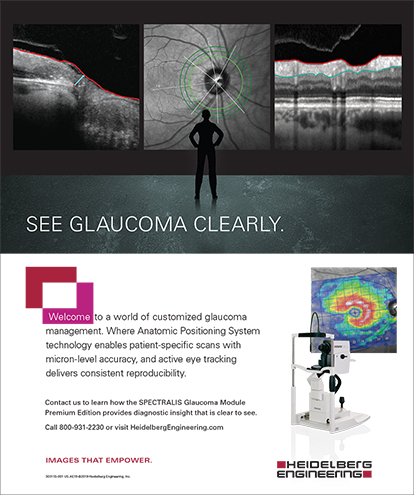 Next In This issue
Next: Digital Device Use and Vision in Kids