Having finished a long work week in mid-March, I headed home from my rotation site for the weekend. I remember having had conversations with my attending doctor and staff about COVID-19 during that week. Patients were asking what we knew about the virus and what we predicted was coming next. Many local colleges had cancelled in-person classes for the semester, and the public schools had issued short-term closures.

Confusion increased when our parent university announced temporarily suspending in-person instruction. The optometry school administration assured us that fourth-year externships would continue as planned. I can recall saying, “See you Monday!” and wishing everyone a good weekend. In the next 48 hours, things changed dramatically. By Sunday night, I was informed that I would not be returning to work the next day. It started out as a 2-week clinic hiatus, but, 4 days later, the remaining 2 months of clinical rotations were cancelled.

The first few days away from clinic still had their novelty. However irrational, there was excitement reminiscent of a snow day in middle school. The novelty quickly dissolved after I learned that we would not be returning to clinic. It felt frustrating to have 7 weeks of practical clinical experience taken away, especially with graduation approaching. Even though I felt confident in my clinical skills and had completed 85% of the fourth year, it immediately felt like the remaining 15% was critical and irreplaceable. Suddenly, I was very aware of the experience I was missing. Unlike some other optometry schools, Michigan College of Optometry informed us that they would not require substitution of virtual clinic activities.

I knew that sticking to a routine would make me happier and satisfied that I was taking advantage of the extra time off for myself. I tried to do something optometry-related every day, even if it was small.

One wonderful silver lining of COVID-19 was the online lectures provided by the American Academy of Optometry (AAO). The AAO created the Student Online Clinical Case Education Program (SOCCEP), which delivered 8 hours of lecture 5 days a week for 6 weeks through free, interactive Zoom webinars. Topics included ocular disease, contact lenses, pharmacology, binocular vision, pediatrics, neuro-optometry, low vision—you name it, there was a lecture on it.

The lectures were an excellent refresher on topics I hadn’t considered since before taking the National Board of Examiners in Optometry (NBEO) Part 1. After SOCCEP concluded, I was inspired to continue self-directed learning. Having an interest in specialty contact lenses, I made it a personal goal to learn as much as I could during the lockdown. I worked through the Gas Permeable Lens Institute archived webinars, as well as lectures provided by the Scleral Lens Education Society—a shocking amount of free educational material.

Learning in lockdown ended up being easier and more rewarding than expected, but it is hard to imagine a substitute for real patient encounters. It was exciting, but also nerve-racking, to realize that the next time I saw a patient would be as an optometrist!

After the initial shock of having clinic abruptly cancelled, other, larger concerns began to surface.

Several classmates were scheduled to take their remaining board exams, but these unfortunately were cancelled—they included the computer-based NBEO Parts 1 and 2 taken at a testing center, but also the clinical proficiency NBEO Part 3 taken in North Carolina. There was uncertainty over when testing would be reinstated and who would have priority in registration.

Most of my classmates applied for Michigan licensure, which requires taking a law examination at an on-site testing center. These centers were also closed.

Initial discussions with the state licensing agency seemed optimistic that concessions would be granted, allowing new graduates to receive a conditional license in a timely manner. This process proved more complicated than initially anticipated, and communications eventually broke down. With support from the state optometry association, however, provisions for temporary licensure were eventually approved by the state.

To add further concern, COVID-19 erupted around the same time fourth-year students were job hunting and conducting contract negotiations. Would it be harder to find a job? Easier? Would doctors be more or less eager to hire an associate? Could it affect contract negotiation?

Classmates have shared with me their variable experiences. Some felt the process was unaffected by COVID-19 and their ultimate plans were unchanged. Others noted feeling shy about negotiating their contracts during an economic downturn. In an extreme case, an offer was rescinded after one classmate had signed a contract.

In contrast, others have said that the lockdown allowed them more time to wait for other opportunities to appear and ultimately kept them from settling for a position they weren’t satisfied with. Although experiences varied, it is clear that COVID-19 affected the job market for better and for worse.

What surprised me most about the lockdown were its mental and emotional consequences. A number of friends, family members, and classmates commented, “Well, at the end of the day, you are still going to be a doctor. That is what is important.” And they were totally right; the ultimate end goal would still be met. But I was surprised at how those comments made me feel: cheated.

After many years of hard work, my classmates and I were looking forward to a graduation ceremony together with family and friends, many of whom lived our successes and challenges with us over the past 4 years. It felt selfish to be so disappointed about not having a graduation ceremony as planned while the world was dealing with a global pandemic. I did not want to seem ungrateful or whiny when I have been so fortunate to reach my end goal. What helped was hearing similar thoughts from my classmates. We had shared every experience in optometry school, so sharing in our collective disappointment was therapeutic. This situation taught me that even in the highest moments of your life, you are not immune from feeling grief and frustration.

Michigan College of Optometry created a wonderful congratulatory graduation video for us with dedications from our professors and office staff. As a class, we chose to postpone our official hooding ceremony, as opposed to replacing it with a virtual ceremony. We are looking forward to gathering in celebration once it is safe.

At the beginning of June, I went back to collect my equipment and white coat from my final externship. Everything was still lying on my desk, exactly as I had left it, untouched. I picked everything up, and, for the first time in a while, I got really excited about the next chapter. And that is exactly what the Class of 2020 is going to do now: Pick up where we left off. 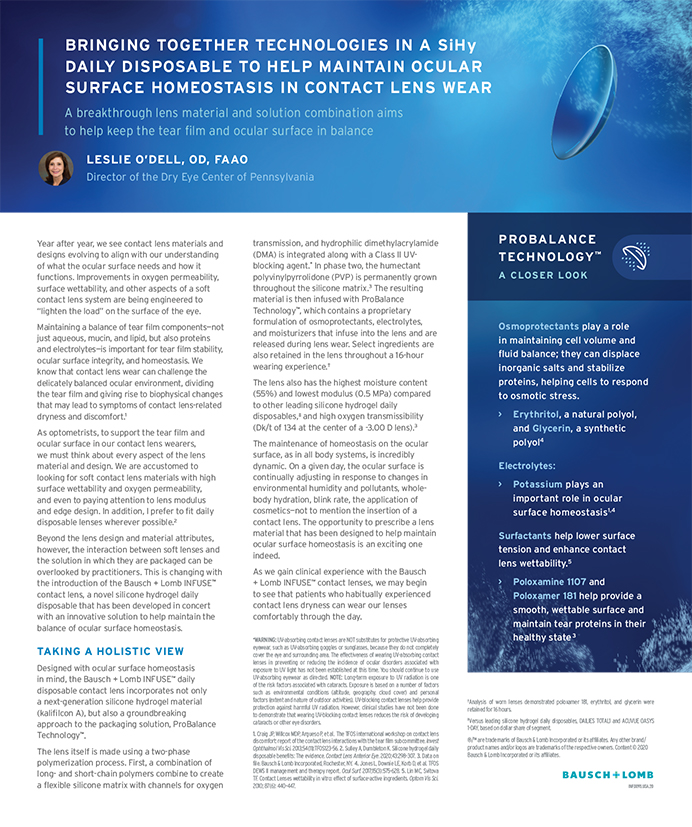 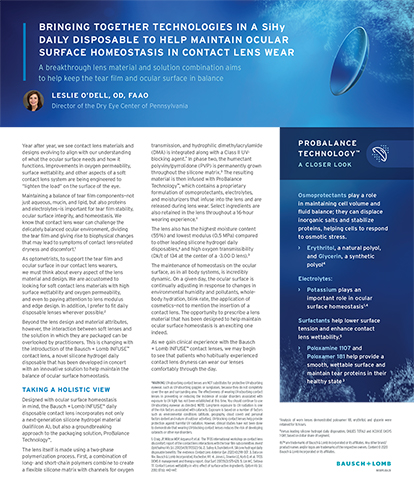 Next In This issue
Next: A Lesson on Neurologic Visual Field Loss