How and why to use some of the new technologies in this field.

In the past few years there has been an explosion of information in scleral lens technology.1 New designs, fitting philosophies, materials, and devices seem to roll out almost monthly. As specialty lens practices grow, the practitioners in these practices seek ways to improve their efficiency and profitability. This is where some of these advanced technologies can be helpful. In this article we explore some of these new technologies and explain how they can benefit the growing scleral lens practice.

It has long been understood that scleral shape is different from corneal shape, in that the sclera is much more tangential, or straight, than the curved corneal surface.2 Recent publications have quantified this with the use of a new generation of scleral profilometers.

In an assessment of 140 scleral lens patients, DeNaeyer and colleagues found that only 5.7% had a spherical sclera; 28.6% had toric-regular (with-the-rule or against-the-rule) shape, and fully 65.7% were highly irregular.3 The device these investigators used for measurement was the sMap3D corneoscleral topographer (Visionary Optics). Other devices in this category include the ESP Eye Surface Profiler (Eaglet Eye) and the CSP (Cornea Scleral Profile) Report module on the Pentacam (Oculus Optikgeräte).

The sMap3D and ESP use fluorophotometry to obtain measurements after sodium fluorescein is applied on the conjunctiva. The Pentacam’s Scheimpflug camera captures 25 slices of the anterior surface as it rotates in approximately 2 seconds without requiring fluorescein. Other differences are that with the ESP and Pentacam the eye remains in primary gaze to minimize the influence of extraocular muscle involvement. The sMap3D takes images in three positions of gaze—primary, superior, and inferior—and then stitches the images together.

All these instruments have algorithms that provide suggestions for selecting an optimal diagnostic lens, which can be a real time-saver in the office when a new patient is being fitted for the first time. Additionally, information about the optimal base curve and suggested values for the landing zones (haptics) are also provided.

The ESP has a built-in database of lenses. The practitioner selects the desired lens brand and overall diameter, and the ESP will recommend the starting sagittal depth and landing zones. The sMap3D is designed to work exclusively with Visionary Optics’ lenses. A number of laboratories can use data from the Pentacam CSP, either by providing a fitting guide specific to the lens brand desired by the practitioner or by directly importing the data file into their lens design software.

The ultimate goal for professionals and labs alike is to use these advanced instruments for empirical fitting. Diagnostic lens fitting sets are expensive to purchase and maintain, and they take up space in the practice.

Either Pentacam CSP or ESP data can be directly exported into ScanFitPro software to generate ScanFitPro scleral lenses (EyePrint Prosthetics; Figure 1). Visionary Optics uses data from the sMap3D to empirically design its own Latitude scleral lenses which, like ScanFitPro, are free-form lenses that incorporate scleral irregularity information captured by the profilometer. 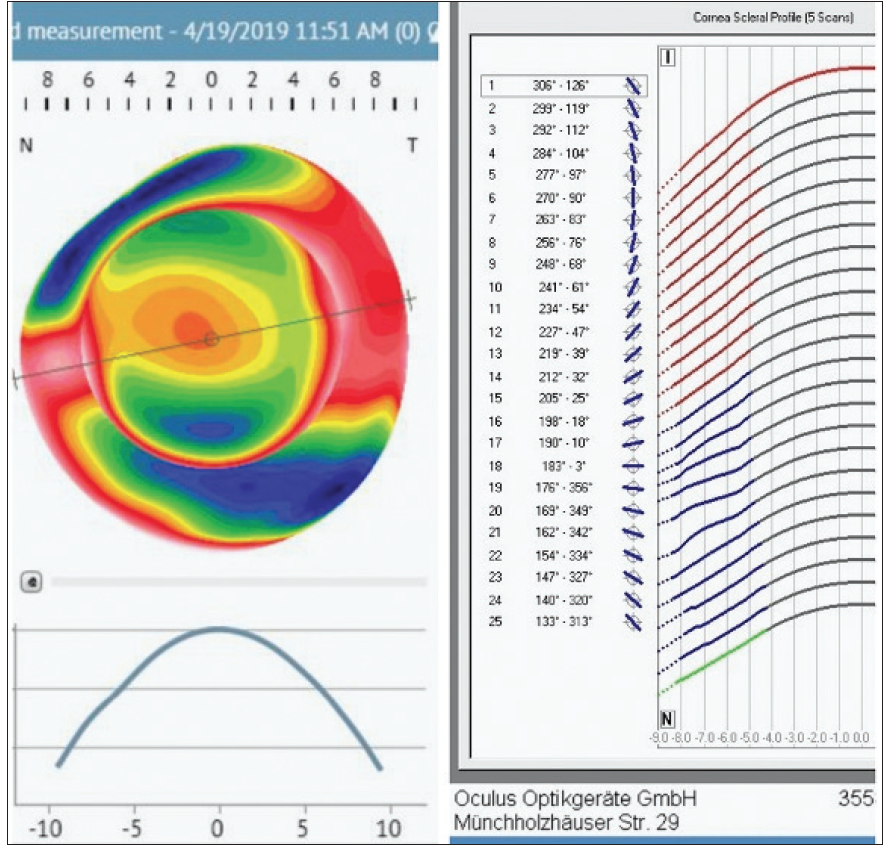 Figure 1. Either Pentacam CSP or ESP data can be directly exported into ScanFitPro software to generate ScanFitPro scleral lenses.

On all of these instruments, scleral lens power is determined by placing a rigid lens of a known power and base curve on the eye and then over-refracting. Alternatively, an initial prescription may be calculated from the manifest spectacle refraction, if obtainable, along with keratometry values.

DEALING WITH OBSTACLES, LUMPS, AND BUMPS

Even though scleral lens designs and technology have progressed greatly in the past decade, there are still instances when the fitting is challenging, especially when ocular surface irregularities are present. These irregularities include pingueculae, pterygia, conjunctival scars, blebs, and glaucoma drainage devices. The goal is for scleral lenses to vault over, not touch, these elevations. In these situations, customization may improve the fit of a scleral lens.

Companies have assigned brand names to these elevations. For example, MicroVault is an elevation lathed directly into the lens periphery or in the body of the lens itself in the Zenlens scleral lens (Bausch + Lomb). At present, a single MicroVault (Figure 2) can be incorporated in a lens. The Control Peripheral Recess (CPR) manufacturing process produces hybrid designs with characteristics of both notching and vaulting for Onefit and Onefit Med scleral lenses (Blanchard Contact Lenses; Figure 3). A single scleral lens from this manufacturer can have two CPRs. Edge Vault is an elevation that can be incorporated within Valley Contax scleral lenses. Two or even three of these elevations may be integrated in a single lens. 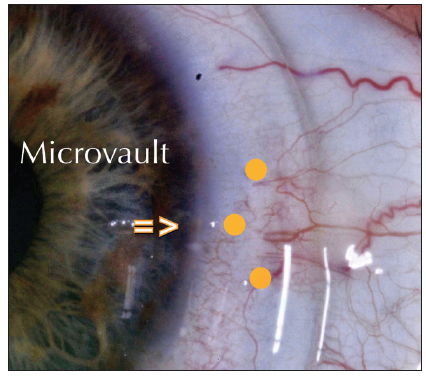 Figure 2. At present, a single MicroVault can be incorporated into a Zenlens scleral lens. 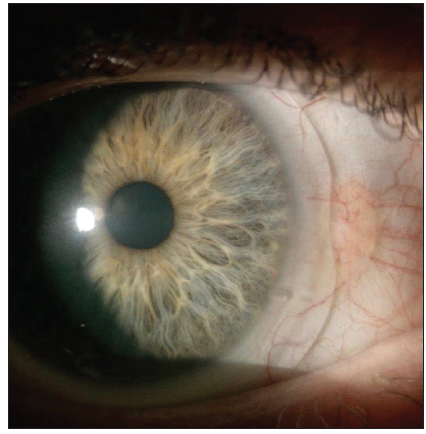 Figure 3. The CPR manufacturing process produces hybrid designs with characteristics of both notching and vaulting for Onefit and Onefit Med scleral lenses.

Traditionally, a notch could be made in the lens, and this approach is still beneficial in certain situations. To create a notch, the size (both height and width) of the conjunctival abnormality is measured using a slit beam while the scleral lens is on the eye. Then the scleral lens is marked with a permanent or dry-erase marker, again while the lens is on the eye. Next, the tracing on the lens is measured after it is removed from the eye. The lens design can then be discussed with the laboratory consultant and the lens sent to the laboratory if needed.

If high corneal or conjunctival irregularity is present, an impression-based scleral lens may be beneficial. Impression-based technology is advantageous, as it allows close alignment of the scleral lens to the anatomy of the anterior ocular surface.

Polyvinyl siloxane impression material was introduced in 1995.4 In this process, two cartridges are loaded into an application gun, and the materials are combined in the mixing tip where the polymerization process begins. The impression is applied to the eye in an impression shell. Polyvinyl siloxane stays in the working state longer, causes less post-impression corneal staining, and the molds do not degrade as quickly as some older, now unused materials. Topical anesthetic is not needed when an impression is taken.

EyePrintPro (EyePrint Prosthetics) is an impression-based transparent prosthetic scleral lens introduced in 2013. An impression of the eye captures the curvatures of the entire ocular surface with accuracy within 1 µm to 2 µm (Figure 4). A customized scleral lens design is created through 3D scanning of the mold. EyePrintPro lens options include toric designs, decentered optics, multifocal optics, optical prism in any direction, and higher-order aberration correction. Impression scleral lens technology is a valuable tool in a scleral lens practice. 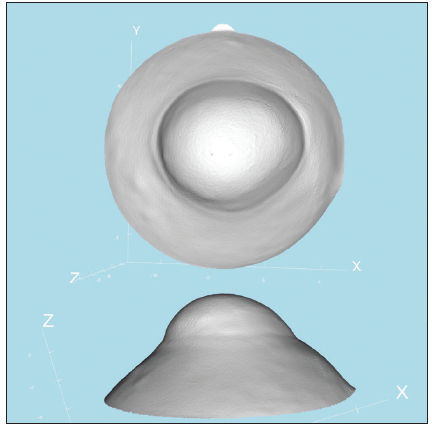 Figure 4. For the EyePrintPro impression-based transparent prosthetic scleral lens, an impression of the eye captures the curvatures of the entire ocular surface with accuracy within 1 to 2 μm and a customized scleral lens design is created through 3D scanning of the mold. Image courtesy of Tangible Science.

HOW MUCH OXYGEN IS ENOUGH?

Because the cornea is avascular, deriving most of its oxygen from atmospheric diffusion, completely covering it with a scleral lens has long been a concern. Early scleral lenses made from glass, and later PMMA, had to be fenestrated. Newer, much more permeable plastics have almost obviated the need for fenestration, although at times it is still useful.

The focus of current research in scleral lens design is on material Dk, lens thickness (Dk/t), and the depth of the fluid reservoir.5 Work in this area has been not only vigorous but, at times, contentious.6 The commonly accepted model is that lenses should be manufactured in high Dk material, at least 150 Dk, with the minimum thickness feasible for stability, and a fluid reservoir also at a minimum. For many, this means a center thickness of less than 200 µm.7

However, the debate continues. Corneal edema may result from many factors other than lack of oxygen. Tightly fitting lenses, excessive suction, and increased IOP must be ruled out.8 Studies have not found significant corneal swelling even after 8 hours of continuous wear with an average central clearance of 350 µm.9

Plasma treatment can be used to enhance wettability on the scleral lens surface. In this process, a finished gas permeable lens is bombarded with high-energy radio waves in an oxygen-rich environment. Radiofrequency-ionized oxygen makes a hydrophobic lens surface more hydrophilic, thus improving surface wettability. Exotic oxygen radicals strike the surface of the lens and dislodge hydrocarbons such as oils. Molecules on the lens surface are rearranged as carbon migrates away from the surface and oxygen and nitrogen migrate toward the surface. The lens surface becomes ionized, increasing its ability to attract liquids. Plasma treatment is the first step in Tangible Hydra-PEG (Tangible Science) treatment.

Tangible Hydra-PEG (Figure 5) is a surface treatment in which a 90% water polyethylene glycol (PEG)–based polymer mixture is permanently bonded to the surface of the contact lens. This coating shields the lens surface from the tear film and ocular surface; minimizes friction and deposition; and improves lens wettability, tear film breakup time, and deposit resistance, enhancing contact lens comfort. 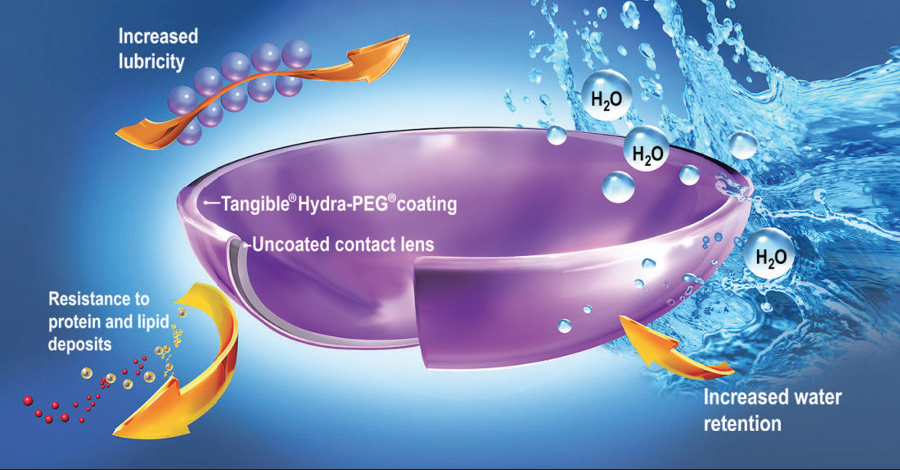 Figure 5. Tangible Hydra-PEG coating is made of 90% water to help the lens integrate seamlessly into the tear film. Image courtesy of EyePrint Prosthetics.

Mickles and colleagues compared lens comfort and dry eye symptoms in individuals with dry eye who were fit with scleral lenses with or without the Tangible Hydra-PEG surface treatment.10 Dry eye signs, comfortable lens wearing time, quality of vision, and lens-related ocular surfaces changes were assessed. Patients with treated scleral lenses reported superior comfort and improved dry eye symptoms compared to those with untreated lenses. Additionally, ocular surface changes and frequency of foggy vision were reduced with treated lenses in comparison with untreated lenses. The study authors concluded that Tangible Hydra-PEG is an effective technology that may improve outcomes for scleral lens wearers with dry eye. In those with moderate to severe dry eye disease, the coating may not be as effective over time. Soon to be available is Tangible Boost (Tangible Science), a monthly conditioning solution that rebuilds the Tangible Hydra-PEG coating.

GIVE YOURSELF AN EDGE

The popularity of scleral lenses is already significant, and it continues to grow. Advanced scleral lens technologies such as those described in this article can be used to further enhance your scleral lens practice. 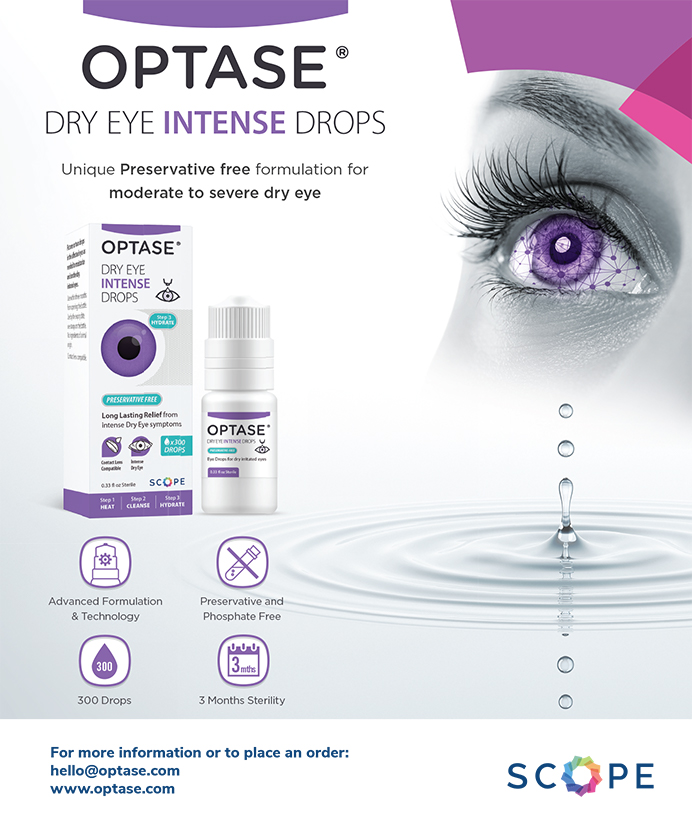 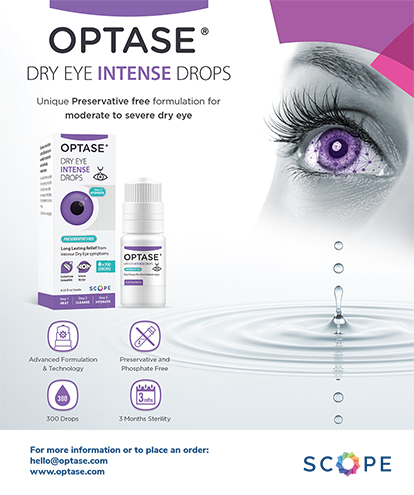 Next In This issue
Next: Five Scleral Lens Troubleshooting Tips