Research is driving promising advances in diagnosis and treatment.

New technologies and regulatory approvals have made the diagnosis and treatment of keratoconus an exciting field for ophthalmologists and optometrists alike. The FDA approval of corneal cross-linking (CXL) has ignited further research into how best to halt ectatic vision loss and how to recover visual acuity through combined procedures. This article highlights promising recent advances in keratoconus management.

As research advances, gold-standard technologies gradually change. For the detection of early keratoconus, Placido disc–based topography has been supplanted by Scheimpflug tomography, which can map both the anterior and posterior corneal surfaces. Investigators have found that posterior corneal changes are an early marker for ectasia, preceding changes on the anterior surface.

A recent addition to the analysis of corneal curvature involves mapping the thickness of the corneal epithelium with OCT. Researchers have found that epithelial thickness is fairly uniform from the center to the periphery in healthy corneas. By contrast, in an ectatic cornea, the epithelial layer exhibits significant thinning over the cone (Figure 1), sometimes surrounded by a “doughnut” of thicker epithelium.¹ This epithelial masking effect on the anterior surface may explain in part why it is easier to detect early ectasia on the posterior surface. 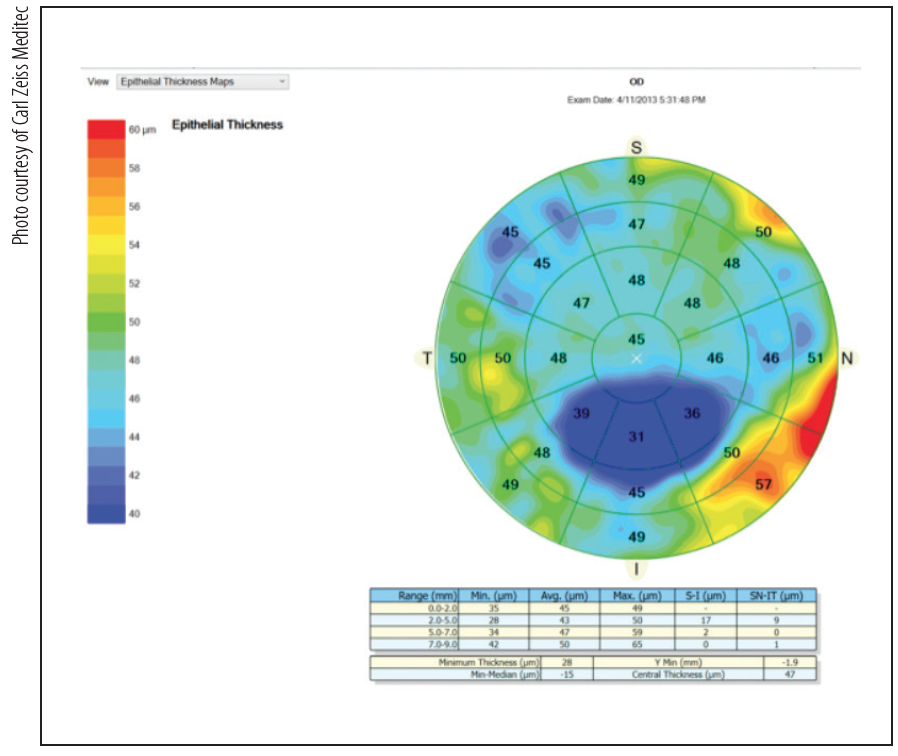 Figure 1. Example of epithelial mapping of a keratoconic cornea.

The popularity of and evidence for corneal biomechanical measurements for detecting glaucoma risk are growing. These measurements can also provide valuable information on a patient’s risk of ectasia. Keratoconic corneas have been found to be softer than healthy corneas, which is why CXL is used for stiffening the tissue to stabilize the disease.

Two devices are available in the United States to measure corneal biomechanics: the Corvis ST (Oculus Optikgeräte) and the Ocular Response Analyzer (Reichert). Both technologies facilitate the identification of biomechanically at-risk corneas before any decompensation begins to alter corneal curvature. Studies have shown that both devices can differentiate normal from keratoconic corneas; the Corvis is able to do so in the absence of topographic or tomographic data.2-4 Further studies are being done to validate the recently developed Tomography and Biomechanical Index, which is a value combining Scheimpflug tomographic and biomechanical data for enhanced detection of ectasia.5

The original Dresden CXL protocol is time-intensive, requiring 30 minutes for riboflavin instillation followed by continuous application of UV-A radiance at 3 mW/cm² for 30 minutes, for a total treatment time of 1 hour.6 Theoretically, the UV-A intensity can be increased and illumination time proportionally decreased, resulting in the same photochemical effect. Several studies have supported this concept of accelerated protocols and have shown similar results in arresting keratoconic progression with illumination times ranging from 3 to 10 minutes.7,8 This approach is becoming more popular with corneal surgeons around the country because it is more convenient for patients and for the surgical team. It is to be hoped that further studies with longer postoperative follow-up will clarify what combination of time and intensity provides the best outcomes.

An important step in standard CXL is removing the epithelium in order to maximize riboflavin penetration and oxygen availability, both of which are critical to the CXL photochemical reaction. With this strategy, known as epi-off CXL, come patient discomfort and the risks of delayed epithelial healing, infection, sterile infiltrates, and stromal haze. To decrease patient discomfort and mitigate these risks, researchers and clinicians are interested in a CXL protocol that leaves the epithelium intact while still adequately strengthening the cornea.

Recent reports have confirmed greater patient comfort (per Ocular Surface Disease Index scores) and improved BCVA with epithelium-on, or epi-on, CXL, but the epi-off procedure is probably more effective at halting progressive ectasia for the long term.9 This appears to be the consensus of most published studies, although new formulations of riboflavin, techniques involving iontophoresis, and the use of oxygen goggles may improve results with epi-on CXL in the near future.10

A new strategy for maximizing both the effect of CXL and its visual outcomes is to apply customized UV-A irradiation patterns on the cornea. The idea is to maximize the CXL effect in the weakest region of the cornea, usually inferiorly, and to apply weaker amounts of irradiation in concentric rings expanding out from the cone. Recent research has shown that this approach can shorten epithelial healing times because of the smaller abrasion zone needed and also strengthen the flattening effect.11

The original protocol for performing CXL focused solely on strengthening the cornea by forming bonds between corneal fibers. Although the procedure halted keratoconic progression, it did not improve patients’ VA.

In 2003, WaveLight developed technology to perform topography-guided excimer laser treatment. This technology allows the laser system to identify and target raised topographic features, such as an elevated cone, thereby normalizing the shape of an irregular keratoconic cornea to improve BCVA. Ophthalmologists have long believed that they should never perform PRK or LASIK on an eye with ectasia because of the risk of worsening the condition. A potential solution, therefore, would be to combine laser ablation with a strengthening procedure such as CXL.

A. John Kanellopoulos, MD, developed the Athens protocol and has investigated the safety and efficacy of both sequential and simultaneous treatments. With the sequential approach, CXL is followed 1 to 2 years later by topography-guided PRK (TG-PRK). With the simultaneous approach, TG-PRK is followed immediately by CXL. Dr. Kanellopoulos found that both methods were safe when the ablation depth was limited to 50 µm, with no patients showing disease progression, but he reported that the simultaneous method resulted in better final visual acuity results.12

Earlier this year, Nattis and colleagues published a study in which TG-PRK was used not only to normalize topography but also to treat refractive error beyond the 50-µm threshold.13 In the study, patients underwent CXL followed by TG-PRK 30 months later on average. As one would expect, the cohort in which both topographic and refractive error was treated had better UCVA and BCVA outcomes than the cohort limited to the treatment of topographic abnormalities.13

At our clinic, we have been developing a Minneapolis epi-off protocol. Because simultaneous treatments were found to produce the best results, we use the following regimen. We perform accelerated CXL with pulsed 18 mW UV-A delivery and allow oxygen to reenter the cornea between UV-A treatments (2 minutes on, 1 minute off, 1 minute on, 1 minute off, 2 minutes on). We then use the Phorcides Analytical Software designed by Mark Lobanoff, MD, to help plan refractive topography-guided correction of the cornea. We plan to publish our 2-year results soon, but outcomes so far are promising, with excellent acuity improvements and equally good reduction of maximum keratometry compared with recently published studies (Figure 2). 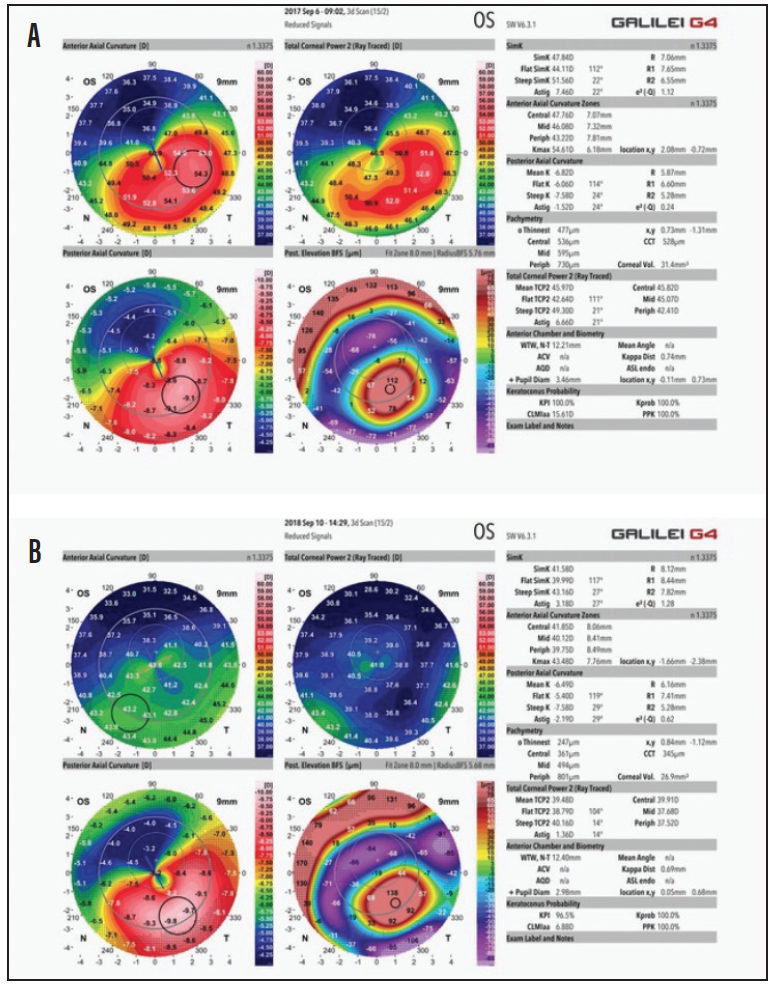 It is an exciting time to be managing patients with keratoconus in the United States. New technologies are improving our ability to diagnose keratoconus earlier than ever before and facilitating visual recovery with remarkable results. As access, insurance coverage, and use of these technologies improve, visual disability from keratoconus will be a rare occurrence in the near future. 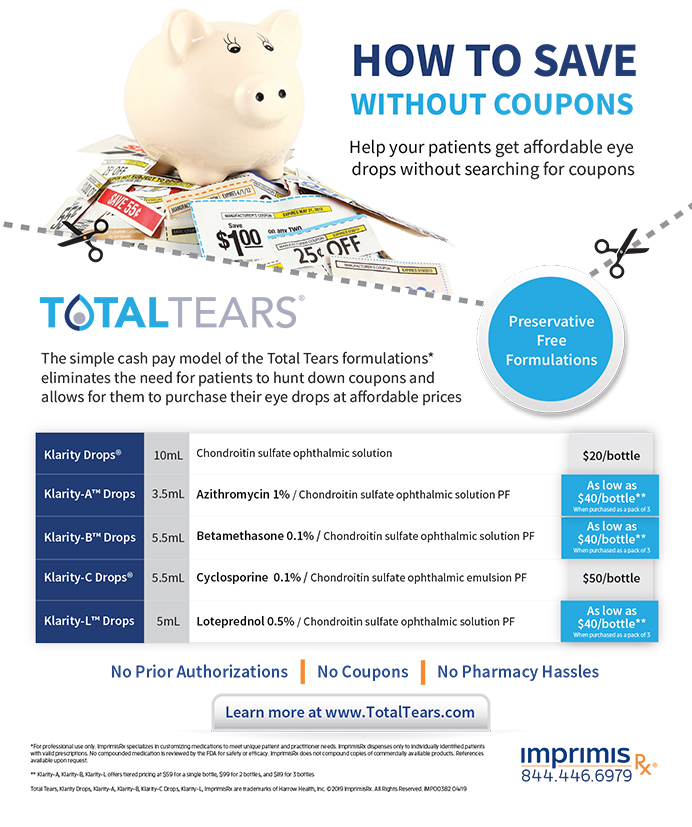 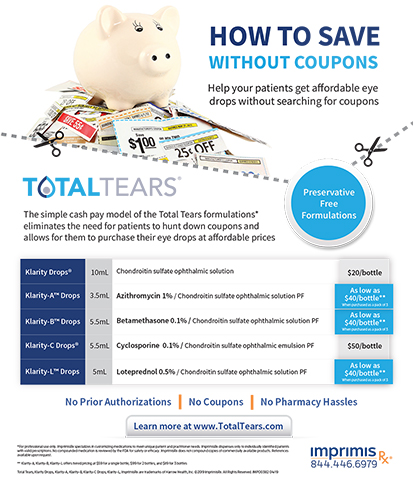 Next In This issue
Next: The Truth About Generic Drugs