Surgical Procedures for the Optometrist

Modern optometric practice is multifaceted, and the demand for optometric service is booming. This article reviews common in-office surgical procedures that any optometrist can perform if allowed to do so by state law.

CHALAZION INJECTIONS AND INCISION AND CURETTAGE

One of the most common benign lid lesions, chalazion, forms when lipid byproducts are exuded into the surrounding tarsal plate stroma and incite a granulomatous inflammatory response. Conservative treatment usually includes warm compresses with lid massage or doxycycline 50 mg administered twice daily for 1 month. When chalazia are persistent, surgical intervention, such as an injection of triamcinolone acetonide (TA; Kenalog, Bristol-Myers Squibb) or incision and curettage (I&C) may be needed for full resolution (Figure 1). 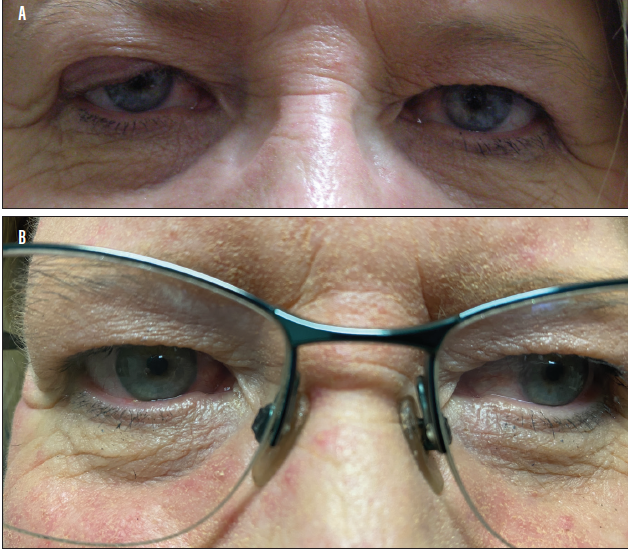 A prospective randomized study by Goawalla and Lee compared three methods of chalazion treatment: intralesional TA injection (0.2 mL of 10 mg/mL), I&C, and hot compresses.1 After 3 weeks, a single TA injection followed by lid massage resulted in chalazion resolution in 84% of patients compared with 87% resolution in the I&C group and 46% in the hot compress group. Moreover, patients in the TA group reported experiencing less pain and inconvenience than those in the I&C group.1

There is a time and a place for both TA and I&C. For example, if a patient has darkly pigmented skin, or multiple TA injections have failed to resolve the chalazion, I&C may be the better option. A TA injection might make more sense if the chalazion has been present for 6 months or less, if the patient has an allergy to anesthetics, if the lesion is near the punctum, or if multiple lesions are present. Large or multiloculated chalazia may respond best to I&C followed by intralesional administration of a steroid while the chalazion clamp is still in place. This strategy limits steroid diffusion, allowing the agent to act effectively on the remaining granuloma.2

Many patients have lumps and bumps around their ocular adnexa, but most patients do not realize that optometrists can easily take care of these small annoyances. It is worthwhile for providers to proactively offer this service. It is then the optometrist’s job to distinguish among benign, infectious, inflammatory, and malignant lesions and refer as needed.

Benign lesions can be removed in an optometric setting using radiofrequency (RF) energy with a Surgitron (Ellman) or similar unit or surgical scissors. It is best to stay 2 mm away from the lid margin. Common benign lesions include squamous papillomas, seborrheic keratosis, and verruca vulgaris.

If a lesion is suspicious or of unknown etiology, the patient should be referred to an oculoplastic surgeon for excision and biopsy to rule out malignancy.

An alternative or second-line treatment is RF ablation of the lashes and follicles (Figure 2B). This simple yet effective procedure can be performed with the patient under local anesthesia. A small-gauge wire is introduced alongside the lash down to the follicle. The RF signal is delivered for approximately 1 sec with the lowest power setting on coagulation mode to destroy the hair follicle. The application of 0.02% mitomycin C in conjunction with RF ablation may improve treatment success.3

Punctal plugs for the treatment of dry eye disease (DED) are usually covered by Medicare, but the puncta of some patients either will not hold a plug for an extended period or cannot anatomically support one.

The puncta of patients who have aqueous-deficient DED or severe autoimmunity DED typically support plugs or cauterization well. Punctal plugs are generally used as initial treatment, with RF cauterization a second line of defense. RF units include a special tip that is inserted into the punctum. Energy is applied for approximately 1 sec on the coagulation setting until whitening appears around the surface of the punctum, indicating coagulation and closure of the punctal orifice.

Based on the authors’ experience, RF treatment has a higher success rate than laser or thermal cautery, either of which can cause burning and tissue destruction.

Although Quickert sutures have their place, their use is associated with long-term recurrence of entropion, and they do not address horizontal laxity. The internal or external reinsertion of the lower lid retractors has a better record of long-term success.6

The most frequent complication of cataract surgery is posterior capsular opacification (PCO), which can occur any time from 1 week to 10 years after the procedure. Nd:YAG laser capsulotomy is an easy-to-perform in-office procedure that yields almost immediate results (Figure 3).

Before laser treatment of PCO, the patient must undergo a full dilated eye examination. If both eyes require laser capsulotomy, the procedures should be performed on separate occasions at least a few days apart. The most common side effects are iritis and the need for a repeat procedure if the physician made the opening too small. It is common for floaters to develop after the procedure, but they can often be avoided if the capsule is broken up outside the visual axis. Nd:YAG laser capsulotomy is not required unless the PCO is seriously affecting the patient’s vision and lifestyle.

The best location for LPIs has been a subject of debate. A prospective randomized trial found that patients who received an LPI in the superior quadrant were not more likely than those who received a nasal or temporal LPI to report new onset of dysphotopsia symptoms. Nor did the frequency of new individual symptoms differ by group.7 In another study, however, patients whose LPI was performed in the superior quadrant complained more frequently of linear dysphotopsias than did those whose LPI was placed temporally.8

For the LPI, the practitioner creates two separate openings at the 11:00 and 1:00 clock positions or a single opening at either the 10:00 or 2:00 clock position. Although it is not essential, pilocarpine can be administered to tighten the iris and make it easier to create an opening in the angle. It is important to make the opening in a naturally thin area of the iris or crypt. The diameter of the LPI should be at least 150 µm to 200 µm for proper fluid outflow.

Some patients may experience slight pain, akin to a pinprick, from the procedure. The biggest side effects from an LPI are pain, inflammation, and dysphotopsia.

Selective laser trabeculoplasty (SLT) can be safely performed in an office setting. The procedure reduces IOP by approximately 20% to 30%, similar to the efficacy of one glaucoma drop.9 Up to 6 weeks may elapse before IOP decreases after SLT, and the full effect of the procedure on IOP may not be realized for 4 months. Interestingly, nocturnal IOP was reduced in some eyes in which SLT did not achieve a significant IOP reduction during clinic hours.10

In SLT, a gonioscopy laser lens is used to apply 0.3 mJ to 1.0 mJ of laser energy to the trabecular meshwork. Treatment is extended around 360˚ by rotating the lens in a clockwise manner. Studies have shown 360˚ of treatment to be more effective than a partial treatment of 180˚, even if the remaining 180˚ is treated at a later time.11 When performing an SLT, be sure to angle the goniomirror while in the nasal or temporal angles, as this will ensure the proper target is being hit.

The recently published Laser in Glaucoma and Ocular Hypertension (LIGHT) study confirmed what many eye care providers who treat patients with glaucoma have suspected: that SLT can be offered as first-line therapy to patients newly diagnosed with open-angle glaucoma.12 Additional benefits of SLT are that the procedure can eliminate the issues of patients’ compliance with prescribed medical therapy and the side effects of topical IOP-lowering agents. Moreover, drops can entail an expense for the practice (primarily in the form of resource allocation for pharmacy and patient callbacks), whereas SLT can generate revenue for the practice.

The effects of SLT are not permanent. If a loss or lack of effect is noted less than a year after the procedure was performed, the procedure was probably ineffective for that particular patient. Otherwise, SLT can be safely repeated every year if needed.

SLT should be avoided in patients with inflammatory glaucoma due to the risk of rebound inflammation. Also, the energy level should be titrated or reduced with patients who have pseudoexfoliation or pigmentary glaucoma because the more abundant the pigment, the more laser energy is absorbed and the more inflammation will likely be created. A little inflammation is intended and good, but too much could lead to adverse events such as IOP spike.

BE THE BEST YOU CAN BE

Optometrists hold a significant role in diagnosing and managing their patients’ ocular health. Being able to provide full-scope care in a local setting can save patients from the annoyances of referrals and travel time. Optometrists also have a special job in cultivating relationships with their patients and creating a trust that can continue even through their patients’ minor surgical needs. Courses are offered at continuing education meetings and through optometry schools. Residencies are becoming more popular and are a key tool for gaining hands-on experience with seasoned surgeons. Many clinics of both optometrists and ophthalmologists allow shadowing experience to help solidify new skills and confidence.

We encourage you to check with your individual state board to determine whether the procedures discussed in this article are within your state’s scope of practice. Don’t be afraid to continue to expand the scope and breadth of procedures you offer your patients.

Next In This issue
Next: An Inside Look at Renal Coloboma Syndrome