What ODs Need to Know About SLT

How familiar are you with this glaucoma treatment option?

Eye care physicians have never had a bigger treatment toolbox for glaucoma than they do today. Recent years have seen the emergence of novel glaucoma drops that specifically target trabecular meshwork (TM) outflow, including latanoprostene bunod ophthalmic solution 0.024% (Vyzulta, Bausch + Lomb), netarsudil ophthalmic solution 0.02% (Rhopressa, Aerie Pharmaceuticals), and netarsudil and latanoprost ophthalmic solution 0.02%/0.005% (Rocklatan, Aerie Pharmaceuticals). We have also seen the introduction of numerous safe and efficacious devices for microinvasive glaucoma surgery (MIGS). And we look forward to the availability of drug delivery devices to transport medications for IOP control.

The recently published Selective Laser Trabeculoplasty Versus Eye Drops for First-Line Treatment of Ocular Hypertension and Glaucoma (LiGHT) trial has reenergized the use of laser or light therapy for the treatment of glaucoma and ocular hypertension.2 The LiGHT trial included 718 patients who were treated with either SLT or glaucoma medications. They were followed for 3 years with the primary endpoint being a quality-of-life survey and secondary endpoints of cost, safety, and clinical effectiveness.2

In this article, I review the LiGHT trial and other published data to focus on SLT as a first-line glaucoma treatment and as adjunctive therapy.

As the paradigm shifted away from use of ALT, research progressed in laser therapy. In 2001, SLT was approved by the FDA for the treatment of open-angle glaucoma.4 In SLT, a low-energy Q-switched Nd:YAG laser is used to deliver laser energy pulses that are selectively absorbed by pigmented TM cells (Figure 1).4

Figure 1. Gonioscopy nasal angle view of the TM (arrow) where the laser is aimed for SLT.

Theories regarding the physiologic mechanism of SLT revolve around reconfiguration of the TM or changing the outflow holes in the anatomic draining of the eye. The latter (drain) explanation has resonated with patients. Far less laser energy, with shorter laser duration, is used in SLT than in ALT, thus enhancing safety and improving repeatability.4

The literature suggests that SLT decreases IOP on average about 30% from baseline in treatment-naïve (with laser or drops) eyes, with potency similar to that of a topical prostaglandin analogue (PGA).2,5,6 In a prospective study, Katz et al compared SLT and a PGA as first-line glaucoma treatments in 69 patients. With a mean baseline IOP in each group of 24 mm Hg, at 12-month follow-up SLT had lowered IOP by 6.3 mm Hg compared with 7.0 mm Hg for the drops.5

In the LiGHT study, both glaucoma drops (91.3%) and SLT (93%) were solid in achieving target IOPs, with 78% of SLT treatments requiring no additional drops.2

As with any glaucoma treatment, there are factors that affect absolute values for IOP lowering with SLT. These include baseline IOP, treatment- naïve or previously medicated eyes, type of glaucoma, and glaucoma severity. A general agreement among practitioners and the literature is that SLT is predictably more efficacious in eyes with higher baseline IOPs.7-10

In a phenomenon that may be connected with higher baseline IOP, research has shown that patients who are washed out of their medications had a better response to SLT.11 The same study associated a positive response to PGA medications as being positively predictive for SLT.11

SLT is usually not thought of as a “forever” treatment for glaucoma. In my practice, it is more of a bridge to the next treatment. Durability or duration-of-efficacy analyses can be misleading, but it is generally agreed that if IOP is not lowered within the first 6 months after SLT it is considered a failed treatment.4,10 When successful treatment is defined as IOP lowering ≥ 20% from baseline, the mean duration (where half of patients are meeting the criterion) is 2 to 3 years after treatment.14,15 A relaxed rule of thumb is that SLT treatment success decreases by about 10% per year, with a baseline success rate of 70%.4,10

Unlike with ALT, repeating SLT is considered both safe and efficacious. Compared with the initial SLT, repeat SLT has been shown to achieve comparable initial IOP decrease, although the durability of the treatment is shorter than the initial treatment.4

A strong positive of SLT is its safety profile. Patients often undergo SLT in a clinic or a minor procedure room and return to work or normal activity the same day. When patients are deciding on SLT as a treatment option, they still hear the word “surgery” or “procedure,” so it is imperative for clinicians to know the most common adverse events.

The most common postoperative adverse event of SLT is pain or discomfort. This is most commonly secondary to postoperative inflammation and should be managed accordingly. Based on the results of the Steroids After Laser Trabeculoplasty (SALT) trial showing improved efficacy with short-term antiinflammatory treatment, in our practice we prescribe topical steroids four times a day for 4 days after SLT.16

The second most common adverse event after SLT is a postoperative IOP spike of 5 mm Hg or 10 mm Hg. The numbers vary across studies, but 5% to 25% of patients can have a same-day IOP spike that can be managed with topical antihypertensive medications.7 In our practice we prophylactically administer brimonidine tartrate ophthalmic solution 0.15% (Alphagan P, Allergan) just once after SLT.

Other rare postoperative complications include, but are not limited to, transient corneal edema, peripheral anterior synechiae, and transient light sensitivity syndrome.

Despite the availability of great topical glaucoma medications, patient compliance remains one of the biggest hurdles for topical therapy. Surprisingly, in the patient quality-of-life surveys in the LiGHT trial, patient satisfaction with topical drops and SLT were nearly equivalent.2

The LiGHT trial also compared the cost of topical medications with that of SLT. In that study’s European setting, laser was found with 97% probability to be more cost-effective than drops as a first-line treatment.2 Unfortunately, the cost of medications can be prohibitive for some patients, further decreasing compliance.

The future for alternative glaucoma treatments is bright, but still by far the most accepted treatment approach is lowering IOP. For both first-line glaucoma treatment and long-term management, physicians should be comfortable discussing the merits of medications, laser therapy, and surgical options. 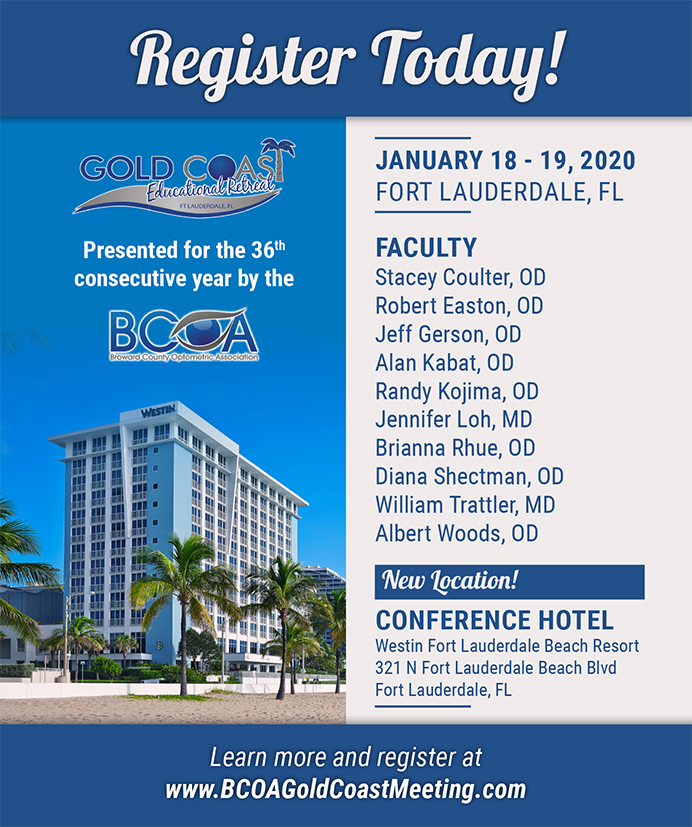 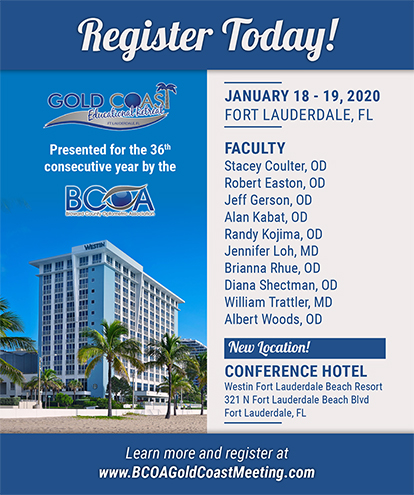 Next In This issue
Next: Recent Developments in MIGS