How optometrists can assist patients who have sustained a neurologic injury.

The eyes are an extension of the brain. When the brain sustains any type of insult, one or more areas of visual performance can be affected. Optometrists can help patients who have sustained a neurologic injury from illness, disease, or trauma obtain treatment, which can have a tremendously positive impact on their activities of daily living.

INSULTS: FIVE EXAMPLES OF THE RELATIONSHIP BETWEEN NEUROLOGIC PROCESSING AND VISUAL PERFORMANCE

Recent studies have shown changes in the small blood vessels in the retina among people with Alzheimer disease.1,2 In this population, visual deficits are common in the areas of motion detection, figure-ground discrimination, peripheral vision, depth perception, color vision, and contrast sensitivity.

Researchers have speculated that atypical visual perception in individuals with autism is caused by alterations in the local circuitry within the visual area and the connections between visual cortical areas and attention networks. A higher incidence of eye movement disorders has also been noted in this population.3

Macular pigment comprises the carotenoids lutein, zeaxanthin, and meso-zeaxanthin. They are found at the macula and are neuroprotective. These carotenoids are also present in the brain, and evidence suggests a close correlation between retinal and brain concentrations.6-9 Once macular degeneration results in a loss of sight, the speed of cognitive decline increases, resulting in more signs of aging.

Many pathways of neural processing significantly affect visual performance. Although gathering and processing visual information is extremely complex, for simplicity’s sake the visual process may be broken down into three main areas. One is subcortical, and the other two are cortical. All three are important to consider, assess, and treat.

The intricacies of these neural pathways are intertwined for both feedforward and feedback processing. The different pathways of processing visual information do not act in isolation. There is a dynamic interaction among all visual processes, and they depend on one another to allow a person to understand what he or she is viewing.

The neural circuitry of the ocular motor system includes the ocular reflexes of blinking and pupillary reaction, accommodation, and eye movement. Almost all of the neural process will communicate with the cortex through a pathway not involving the optic nerve. Exceptions are afferent neurons of accommodation and the pupillary reflexes.

Inflammation or damage to almost any area of the brain can negatively affect the ocular motor system. Visual neural pathways are found in both hemispheres, in all lobes of the cortex, and throughout the brainstem. They can be assessed by observing the visual motor performance of:

Trauma (especially whiplash), cerebrovascular accident of the brain stem, and progressive neurological disorders such as Parkinson disease can be acquired insults to the subcortical areas of visual process. Common symptoms include double vision, eye movement deficiency, and difficulty with body orientation.

The sensory visual process involves the light pathway. More than 30 different cortical areas contribute to the processing of sighted visual information, but there are two main cortical systems: the ventral visual pathway and the dorsal visual pathway.

The ventral visual pathway extends to the temporal lobe and is involved with the identification of visual information such as color. It has been referred to as the what, south, or parvocellular pathway, owing to its high concentration of parvocellular input. Parvocellular neurons primarily receive visual information from the midget ganglion cells that are concentrated near the fovea. The ventral visual pathway forms conscious representation for identifying objects. In figure-ground perception, this pathway identifies the figure. This neural pathway is assessed by examining visual acuity, accommodation, visual attention, and memory.

The dorsal visual pathway extends to the parietal lobe and is involved with localization and motion detection of visual information. This pathway receives mainly magnocellular input, information involving where and how. It has also been referred to as the north, magnocellular, and action pathway. The peripheral retina has a higher concentration of magnocellular neurons.

The primary function of the dorsal visual pathway is to subconsciously guide action by integrating the spatial relationships between internal and external information. This allows a person to interact with the environment effectively. In figure-ground perception, this pathway identifies the ground. This neural pathway is assessed by examining localization, convergence, divergence, binocularity, eye movement, and spatial orientation.

Damage to the dorsal visual pathway is most commonly caused by traumatic hits to the head, but inflammation and circulatory insult can also affect this pathway. The pathway is located on the outer portion of the cortex, which increases the chances of its slamming against the skull after impact. For a list of common symptoms signaling insults to the dorsal visual pathway, see Common Symptoms Signaling Insults to the Ventral and Dorsal Visual Pathways.

THE ROLE OF OPTOMETRISTS

Assessing a patient’s visual performance helps to determine which area of the brain an insult has affected most. The first step is to determine whether a visual field defect or double vision is present because this helps differentiate between cortical and subcortical involvement. When a cerebrovascular accident has occurred, the location and resulting symptomology are more specific and easier to assess. For trauma or progressive neurologic disease, symptomology may be more diffuse, involving all areas of visual processing.

Visual motor and visual thinking skills are commonly affected by neurologic injury, which can have a negative effect on visual performance. Optometrists can prescribe the following simple activities chairside to improve a patient’s overall visual performance.

Prescribe only a few activities for patients to work on at a time so as not to overwhelm them. Assistance from caregivers, when applicable, can dramatically improve outcomes. Encourage patients by reminding them that, when activities become easier over time, it signals a strengthening of brain cells, or dendrogenesis and neurogenesis, which can improve visual cognitive performance.

Many optometrists successfully use the visual system to guide improvement in visual and cognitive performance (see Ways to Improve Visual Performance). These providers hypothesize that, because the eye and brain are intricately related and because the visual process involves many areas of the brain, improving specific visual skills will in turn improve visual performance. This improved performance can then help the patient to gain function and improve activities of daily living. It is important to note that, when treating patients with progressive neurologic disorders, any improvement in function is temporary, but it can nevertheless benefit patients who want to function at the highest level possible for as long as possible. 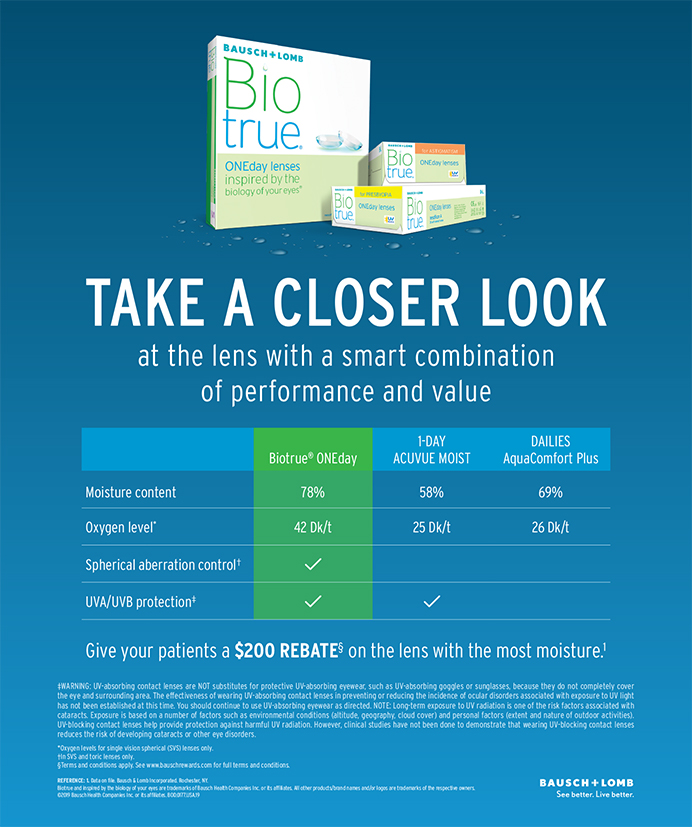 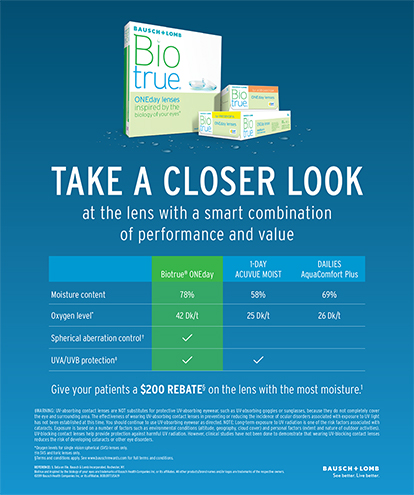 Next In This issue
Next: What Are Those Online Retailers Up To?